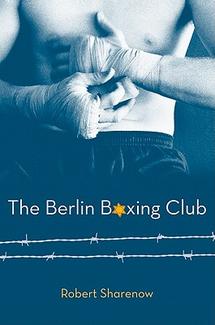 In this historical novel set in 1936 Berlin, fourteen-year-old Karl Stern, considered Jewish despite his assimilated upbringing, learns to box with legendary German boxing champ Max Schmeling while struggling with the harsh realities of the Holocaust.

Look for an interview with author Robert Sharenow in a soon-to-be-published The Whole Megillah post!