The Whole Megillah (TWM): What prompted you to write a book for young readers about the capture of Adolf Eichmann?
Neal Bascomb (NB): Cheryl Klein, a wonderful editor at Scholastic, called me out of the blue one day and said that she had read Hunting Eichmann and thought that my narrative on the hunt for Eichmann would make a perfect book for young adult readers. She liked that it was important history mixed with spies, Nazis on the run, derring-do, secret flights, and all the rest of a classic thriller. Of the many editors I’ve had, Cheryl is definitely one of the best. Smart, passionate, tireless on her edits, and with great vision. 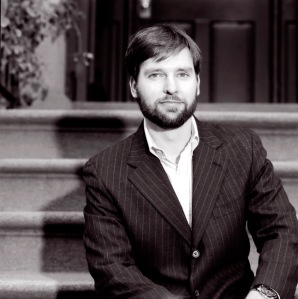 TWM: In what ways is your adult treatment different?
NB: The adult treatment is roughly three times as long as the younger version. That leaves a lot more room for complicated historical and personal backgrounds, much more detail on Eichmann’s activities during the war, and further activiities on the secret operations (some that didn’t pay off). That said, the heart of the story is the same: ordinary people doing extraordinary things to bring this monster Eichmann to justice.

TWM: From your author’s note, it sounded like you spent two decades conducting research for this story, including original work. Please comment on your research strategy and process. (Do you have a day job that allows you to do this kind of work?) Did you record your interviews? Have them transcribed? Donate them to an archive?
NB: In college, I met a survivor while living in Luxembourg who said that she never spoke about what happened to her in the Holocaust until the Eichmann trial. That stuck with me, and I’ve always therefore been interested in the story. But I only spent about 2 years researching this story, much of it in Israel and Argentina, tracking down archives and meeting those involved. Typically on my research, I spend a lot of time first just reading everything I can get my hands on related to the story, then I check out the sources those authors used, and then hunt them down, and go deeper and deeper until I’m often hitting all original archival, interview sources. It’s a full time job, and I’m fortunate that my publishers support me handsomely (though not too handsomely…) so that I can devote all my energies to the stories I follow. For my interviews, which I find next to diaries, the best sources of information, I transcribe them while the interview is underway.

TWM: How were you able to weave in so many perspectives to create a full-bodied narrative? Had you ever considered telling the story from a single character’s perspective?
NB: Weaving in a lot of perspectives is often the most difficult part of the process. It takes a great deal of planning, almost like a jigsaw puzzle, to see what goes where, when. I try to maintain a chronological throughline, but sometimes you have to throw that to the wind when introducing characters and various side stories. I wish there was some kind of formula, but this is part of the magic of writing, I suppose, and truth be told, I love it!

For the chase of Eichmann, there was simply no way to tell it from one person’s perspective. There were too many different characters who had important roles at different times. And that’s great, because I find readers like to learn about new people, their backgrounds, throughout the book.

TWM: Did you seek vetting to ensure accuracy?
NB: I vet my own books. I have thousands of pages of research, probably more than anybody on this subject, and the key to accuracy…I’ve found…is organization, the ability to look up a specific date, person, fact, straightaway, rather than a “promise” you make to yourself, which is very easy while writing, to confirm something later. That said, each page of my books probably has 10-20 facts. Over a 400-page book, that’s a lot of facts, and I undoubtedly get a few things wrong (a misspelled name, location, minor time sequence wrong), but I’m only human. Fortunately, I also have great copy editors who do some double-checking as well.

TWM: What foreign languages do you speak? How does knowing another language help the research? (Conversely, how does not knowing another language hinder the research?)
NB: I speak English extremely well :)…and my German and French are serviceable, at least in terms of research, combing through archives and spotting papers that are helpful. It would be wonderful to be fluent in every subject I write about, especially since it allows you such a tremendous breadth of research material. But since I’ve covered stories in Russian, Hebrew, French, German, Spanish, Ukrainian, this simply isn’t possible. I hire researchers and translators to help me, both in the archival and interview process.

TWM: What are your plans for other books for young readers?
NB: At the moment, I am researching a book called Sabotage, which focuses on the operations to stop the Nazi atomic bomb program during World War II. It’s a tale of science, secrets, and spies on skis, and I’m super excited about it. As with my Eichmann book, I will write one version for adults, another for children.

TWM: What advice would you offer aspiring writers about writing nonfiction?
NB: The classic advice: read, read, read. As well, take a job as a journalist, learn what it is to track down a story, interview, research in libraries, archives. This will help you not only understand how to prepare for a much longer process, but it will also introduce you to the type of stories that you find most appealing—and that you’re best at writing. For a while, I worked as a book editor in New York and that experience was also tremendously helpful, as it taught me how to organize such a huge project, how to revise, and to be frank, what not to do. Further, and this may seem like a odd thing to say, it demystified the writing process for me. While in high school, college, I had this grand vision of every author living in some garret in Paris, burning the candle all night to finish their great masterpiece. That may still happen, now and again, but most writers I know, aren’t wild-eyed madmen and madwoman. They’re workers, who love what they do. They sit at a desk or in a library, day after day, and they hammer out their words…Hope that’s helpful…

Neal Bascomb has published a number of international and national bestsellers including Higher, The Perfect Mile, Red Mutiny, and Hunting Eichmann. His books have been optioned for film, featured in several documentaries, and translated into over 15 languages. Nazi Hunters is his first book for a young adult audience. He has also written for the New York Times, the Wall Street Journal, and the Los Angeles Times. He and his wife and their two daughters make their home in Philadelphia. Click here to learn more about Neal Bascomb.