The Whole Megillah (TWM): How did this project come about?
Ellen Cassedy (EC): Years ago, I began studying Yiddish as a memorial to my mother and quickly found that it became a wonderful home for me within Jewish culture. My first teacher gave me his copy of a book by Blume Lempel.
Yermiyahu Ahron Taub (YAT): I grew up in an ultra-Orthodox yeshiva family, surrounded by Jewish languages including Yiddish, and I formally studied Yiddish as an adult. I have been involved in Yiddish culture since the early 1990s as a reader, writer, and translator.
EC: Ahron and I met in a Yiddish reading group. We began reading Blume Lempel’s work and were astounded by what we found.
YAT: We explored Blume Lempel’s stories together and decided we had to translate these splendid stories so that they could reach the wider audience they deserve.
EC: Lempel was born in a small Jewish town in Poland and immigrated to New York just before World War II. She wrote in Yiddish into the 1990’s. She takes up subjects other writers wouldn’t touch—including abortion, the erotic imaginings of a middle-aged woman on a blind date, and even an incestuous relationship between a mother and son. She tells truths about women’s inner lives that I’ve never encountered anywhere else.

TWM: What challenges did you face in translating these stories? What satisfactions? What surprises?
YAT: There were surprises at every turn—in virtually every paragraph, and on every page. Lempel’s prose is so poetic and rich that we had to exercise special care to capture her unique melody.
EC: Her narrations move between past and present, often several places on the same page, from Old World to New, from fantasy to reality. Imagine the conversational matter-of-factness of a Grace Paley combined with the surreal flights of a Gabriel Garcia Marquez.
YAT: Sometimes we had to accept uncertainty, realizing we wouldn’t be completely certain of Lempel’s meaning even if her text had been written in English. It was immensely satisfying to work with a partner, to be able to bounce ideas off each other, and to know that our interchange would strengthen the final version.
I derived deep satisfaction from immersion in the singular vision of this artist, searching always for the best word, the clearest turn of phrase to capture her meaning in English, the pleasure of moving between languages, and more long term, the joy of bringing her work to wider audiences.

TWM: How did you decide to arrange the stories in this order?
YAT: We kept the stories in the order they appeared in Lempel’s two collections, which were originally published in Israel. Lempel published in Yiddish publications all over the world, and we went looking in archives and libraries for additional stories, a couple of which appear in our book.

TWM: Did you have any favorite stories? Why were they your favorites? (“Yiddish Poet in Paris” was one of my favorites.)
YAT: “The Death of My Aunt” is a haunting portrait of an aging aunt and the love and responsibility felt by her niece. “Her Last Dance” tells the story of a Jewish woman forced to rely on her wits and beauty to survive wartime Paris. Despite its small scale, it evokes for me the work of Irène Nemirovsky and Nella Larsen (Passing). In capturing the desperation of a woman on the edge, it reminds me of Edith Wharton’s The House of Mirth. “Waiting for the Ragman” is particularly rich in its description of life in a small Eastern European hometown, including a loving description of preparation for the Sabbath. “The Invented Brother” captures the poignant emotions of a young girl whose beloved older brother is swept away into revolutionary activity.
EC: I have to mention the title story, “Oedipus in Brooklyn.” Lempel masterfully draws you into the story of a contemporary Jewish mother and her blind son as they move inexorably toward their doom.

TWM: Are there any other Yiddish writers you want/hope to translate?
EC: I’m translating fiction by Yenta Mash (1922-2013), who, like Blume Lempel, experienced many upheavals in her lifetime. She wrote vividly about exile to Siberia, life in the Soviet Union, and the not-always-easy experience of adjusting to life in Israel. It’s a great privilege to be able to translate both of these Yiddish writers. To me, translating Yiddish feels like sacred work.
YAT: I am struck by how much wonderful translation is going on today, and also by how much important work there is yet to be translated. The Yiddish Book Center has initiated a rigorous translation program that has been widely successful. Ellen participated in the program. A recent anthology called Have I Got a Story for You: More Than a Century of Fiction From the Forward edited by Ezra Glinter (Norton, 2016) demonstrates the work of numerous Yiddish translators working today. The anthology also includes one of our translations of a story by Blume Lempel (“A Journey Back in Time”) and a story by Yenta Mash (“Mona Bubbe”) translated by Ellen. I am working on my own poems, a process which includes translating into Yiddish, and my own short stories, which includes translating numerous Yiddish words and phrases that appear throughout. I hope to get back to the translation of other writers in the near future.

Ellen Cassedy and Yermiyahu Ahron Taub won the 2012 Translation Prize awarded by the Yiddish Book Center for their translation of fiction by Blume Lempel. 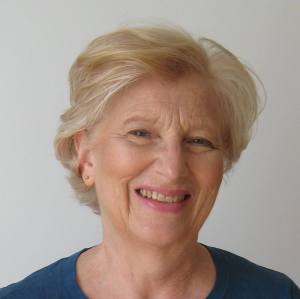 Ellen Cassedy is the author of We Are Here: Memories of the Lithuanian Holocaust (University of Nebraska Press, 2012), which won several national awards and was shortlisted for the William Saroyan International Prize for Writing. Cassedy received a 2016 PEN/Heim Grant for her work on Yiddish writer Yenta Mash. Visit her website.

Yermiyahu Ahron Taub is the author of four books of poetry, Prayers of a Heretic/Tfiles fun an apikoyres, Uncle Feygele, What Stillness Illuminated/Vos shtilkayt hot baloykhtn, and The Insatiable Psalm. “Tsugreytndik zikh tsu tantsn: naye Yidishe lider/Preparing to Dance: New Yiddish Songs”, a CD of nine of his Yiddish poems set to music, was released in 2014. He was honored by the Museum of Jewish Heritage as one of New York’s best emerging Jewish artists and has been nominated four times for a Pushcart Prize and twice for a Best of the Net award. His short stories have appeared or are forthcoming in Jewish Fiction.net, The Jewish Literary Journal, and Jewrotica.  Visit his website.